sample library via Mutekki Media. Following up on his striking debut

?Bass Infarct? the successor ?Pure Electro?offers all you need for

the production of resounding Electro influenced House and Techno

tracks. The focus of this sample library is clearly on loops meeting

all requirements and contains a noble collection of assertive bass,

selection of versatile FX, synth and vocal loops. All loops are con-

sistently produced on 128 bpm and are available in prevalent WAV

format as well as Apple Loops and in Ableton and REX format. This

makes ?Pure Electro?highly fashionable not only for loop using

producers, but also for modern DJs and live acts.

Those who know Swen Weber and his club hits ?First Stroke? and

?Samba De Bochum? which both captured No. 1 of the Beatport Charts

for many weeks, as well as his EPs on Blu Fin, Norman 逸atboy Slim?

Cooks Southern Fried Rec. or his own label Swentraxx, are aware that

he is a true master of his trade when it comes to powerful beats, 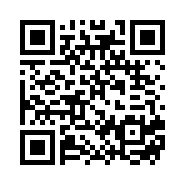