The Kantele is a traditional plucked string instrument of the

zitherfamily native to Finland and Estonia which, in turn, is part

of the Baltic Psalteries instrument group. The KANTELE has a

distinctive bell-like sound and diatonic tuning. Our Kantele has

five strings tuned in G-A-B-C徨nd D? but we made a Kontakt patch to

play it in chromatic tuning.

different sample sets. Each note is in at least 2 layers, most in 3

or 4 and is mapped to one octave (chromatic). We added an ambience 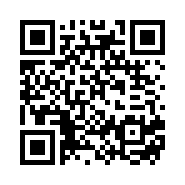