White of Perfecto Records, one of the best known and respected

Perfecto was founded by record producer and DJ Paul Oakenfold in

1989. Since then Perfecto has released singles and albums from such

artists as BT, Tilt, Robert Vadney, Timo Maas and Carl Cox. It has

Adam White was signed to Perfecto Records at the end of 2007, the

event that he headlined, and was also personally invited by Paul

Oakenfold to support him on the Perfecto Greatest Hits tour.

"I filled this Sample Pack is full of hottest sounds, melodies and

for Perfecto. Alongside the many samples in this pack you'll find

loops and midi-files, all with that familiar Perfecto sound. I am

sure they'll be something in this for everyone, no matter how

advanced you are as a producer" - Adam White, Perfecto

included along with 43 Ready to play patches for soft synths

Adams Studio for Dance, Trance, House and Techno productions which

the biggest and longest surviving record labels in the dance

industry, then make sure that you check out this pack, created by

Adam White and sampled by you royalty free. 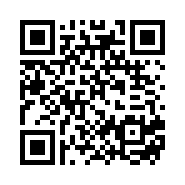